It was not until I did my first weekend manual testing procedure on Namshi till I came to realize how much time consuming testing can become. All critical paths starting from registration and login to buying a product using the available payment methods should be accounted for. Along with that, any irregularities on different pages on the website must be reported.

Keeping those requirements in mind, five main components were considered to build the application: Symfony2 Framework, Behat and its Mink and Parallel Runner extensions and Doctrine Object Relational Mapper (ORM). 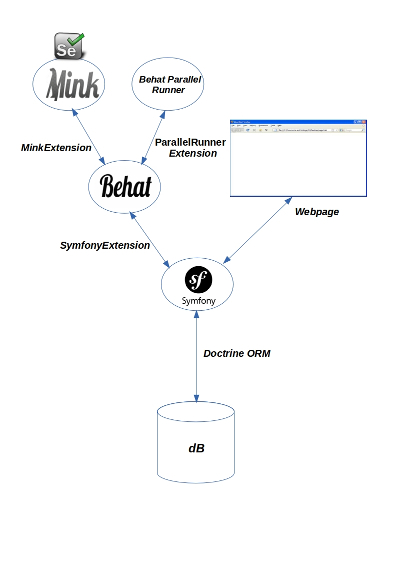 Behat is a PHP Based Behavior Driven Development (BDD) platform that allows the contribution of stake holders and customers in the development of software products. In BDD, tests are usually written before the actual development of a feature actually starts. In my opinion,it is a very powerful approach to overcome any misunderstandings that may arise between developers and other stake holders during project planning.

The actual tests are written in the Feature files of Behat using the Gherkin language. The following is an example of a scenario in the integrity feature of Namshi:–

As can be noticed, Gherkin is non-technical descriptive language for non-programmers to declare the desired functionality of the software.

Of course, it is not the case that Behat will automatically understand and run the Feature Files on its own! Behat asks the programmer to write the definitions of the written statements in a special file named FeatureContext.php right when you try to run the tests!

Behat can be used to write tests for any application. In order to test web based applications, Behat has to be extended with the Mink extension. Mink provides an interface between the web browser and Behat in order to test and run different scenarios. When extended in the FeatureContext.php, Mink provides a rich library to simulate the interactions that usually take place between a user on a web browser and the web application. Mink supports a number of browser emulators: Goutte, Sahi, Zombie, Selenium and Selenium2. In our tool, we are mainly using Selenium2 driver except for some scenarios where Goutte is used.

After some trials with the testing tool, we noticed that execution takes some time to complete (~25 minutes). In order to speed up the execution, a parallelization tool had to be put in place. Gearman is a reputable Job Server mostly used to do work in parallel and in load balancing across processors. It has an extension in Behat that fetches the appropriate Feature Tags to their corresponding worker processes. The issue with Gearman is that it is very complicated for a simple tool like the one we are building. Gearman requires a Job Server, OS libraries, PHP extension and Behat extension to operate. After some research, another tool was found that can deliver the required performance with much less complexity. Behat Parallel Runner also distributes the BDD Test Suite defined in Behat to a number of Behat Instances without the need for Gearman’s client/worker architecture. This distribution is done by defining different profiles in behat.yml configuration file and specify the number of parallel processes to run. Parallel Runner Extension for Behat was downloaded and enabled through composer and in the behat configuration file.

Finally, all feature files had to be tagged right before the Feature declaration such that the extension can identify the scenarios and their corresponding instances.

Once all settings are completed, we can start the Automated Testing procedure by running Behat with the config parameter set to the target configuration file, which is the site to be tested.

Now, six browser windows will pop up and the test suits get executed in parallel! 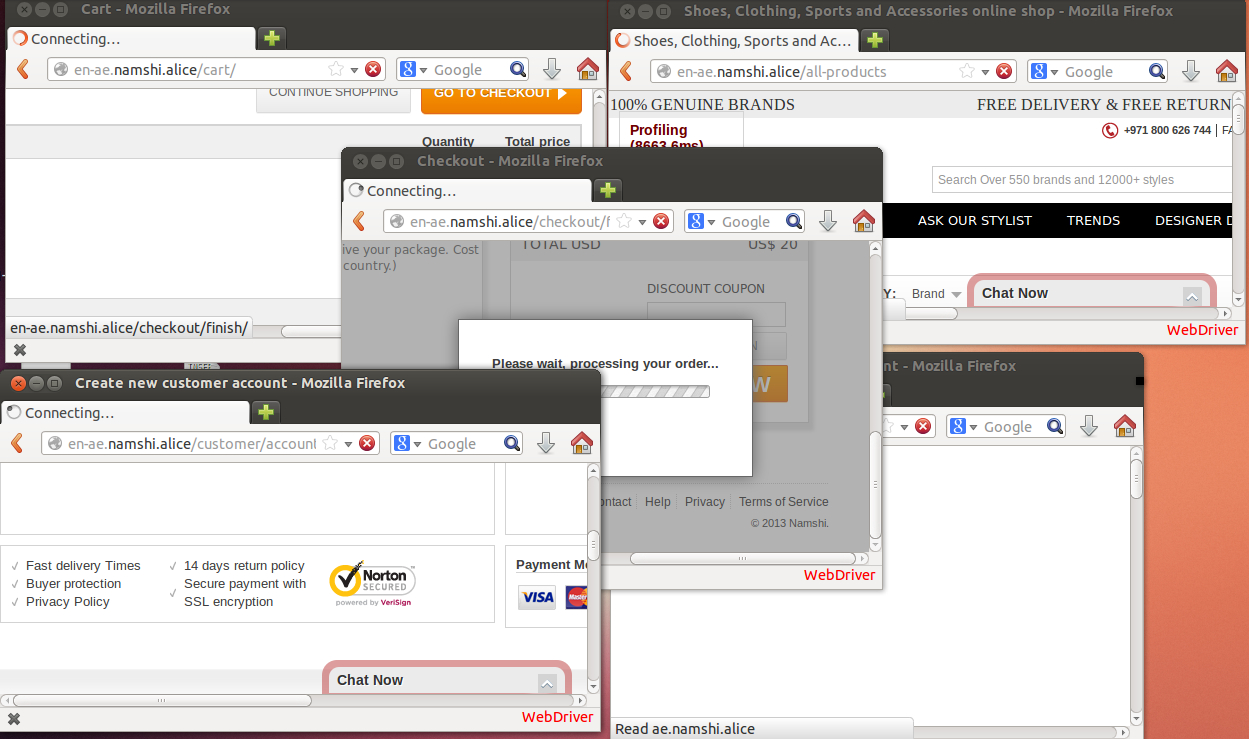 When the execution completes, we can open the tool’s webpage and review the results!